Windows Phone “doesn’t support SSTP” as a VPN type, but using Microsoft’s own FieldMedic app, the following is revealed:

Sometimes you can have the impression you’re going crazy.

I saw this wifi network called “00000000” being available sometimes. When I opened the Windows 8 charms bar to check the available wifi-networks, it popped up after a second or 2 – which is weird.
When I checked with inssider, it simply wasn’t there.
It was not in my profiles, it was not hidden in netsh, nowhere to be found in the registry, …

I kind-of remembered I once renamed my phone’s “wifisharing”-wifi to that “00000000”-SSID.
But I changed it again a couple of months ago (brucon related)

So, jeah, what’s a better way to find out what it does but connecting to it? 😛

Found DNS Suffix being “mshome.net”, never heard of it before, and the the gateway being, indeed, my phone…

But apparently, it’s not a bug! it’s a feature: http://www.thomasmaurer.ch/2013/10/improved-internet-sharing-in-windows-phone-8-gdr-3-update/

My last Nokia was the world famous 3310.
The years must have been 2001 or something, and I used it for almost 2 years!

Now, my previous Windows Phone, the Samsung Omnia 7, was also already 3 years old (personal record!). And the end-of-support for WP7 was approaching.

Luckily, Microsoft announced the 930.
All I wanted in a high-end phone:

IN A PHONE (the world has gone mad)

If you want pictures more of the phone: https://www.google.be/search?q=nokia+930&biw=1920&bih=955&source=lnms&tbm=isch&sa=X&ei=FGgQVO6hNMzfavSbgJgD&ved=0CAYQ_AUoAQ#tbm=isch&q=nokia+930+black

Your Windows Phone is made in a factory (mostly somewhere in Asia).
The manufacturer of the product is called the “Original Equipment Manufacturer”

And, of course, if you jailbreak your phone, you can access everything 🙂

The configuration is stored somewhere inside the Registry. (yes, WP has a register…)

If you install a random regeditor like WP Root Tools, you can browse into it!

So, the first time I bricked a phone…
But at least I managed to fix it 🙂

And put some new software on it!

I’m still holding up with my two (!!!) years old mobile phone (also a record!).
A first gen WP, “fixed” with MAGLDR, running some weird beta version of the WP 7.8 update (the one with the image resize bug). My bluetooth wasn’t working. My storage was almost complete full.

Time had come for a fresh install 🙂

Installing wmdc, and the required samsung usb drivers didn’t really work on my Windows 8 machine…
DFT installer did find the phone, but crashed after a while with error “[Info]: USBWorkDWPI.cpp (423)”
Nevertheless, I tried to flash…

I should not have done that…

After some unfortunate try-outs, I was left with a device that only said “Samsung Omnia 7” 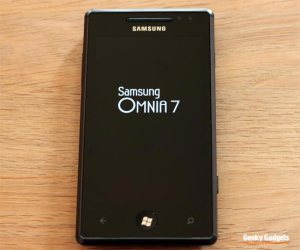 Luckily, a Windows 7 computer was not far away.
After reinstalling wmdc, samsung drivers and zune, the DFT tools where able to find my Omnia 7.

I tried to reinstall the MAGLD boot loader. And the installer actually finished with “success”.

But nothing happened…
Probably MAGLDR makes use of some system files for it’s usb connection? (not sure)
And the entire OS was corrupted, so nothing from the custom bootloader worked…

I decided to download a genuine Samsung firmware, flash it to the phone, and restart the entire process on the W7 computer. 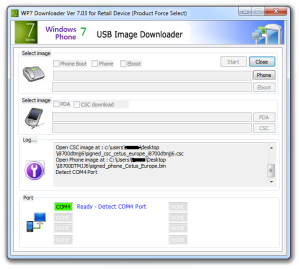 A random samsung rom was flashed (just google one), MAGLDR was reinstalled, the previously mentioned firmware was flashed. And on top of this, from the same author as the rom, automode provided me for an radio firmware update for my Omnia7! Jeej!

So, my phone was up and running again with the newest rom on the market and its firmware flashed to the top!

But in the end, my bluetooth still doesn’t work 😦

Random generators suck…
Apparently none can make a good one…

After a song, always the same “random” song follows..
It’s kind of strange…
If you let me create a random() function, I would include the time somehow.
At least in a car you can create some mathematical function, which divided by the current amount of minutes, will give you something pseudo random, right?
At least random enough to not always let a specific song be the next one at another certain song?

Random.org gives you the real analysis of how true randomness can be achieved.

As you can see on the random.org page mentioned above, even php on windows rand() sucks! Spot the “pattern” in the picture below!
According to Bo Allen php performs better on Linux… Shame on you Microsoft! 😛

Anyway, I don’t want to know the next song, when I enable “shuffle” in my audio player…

I’ve posted the code of TrafficCamsFlanders & WOL on codeplex 🙂

No idea if anyone would ever use it…
But there it is! 🙂

In my bed, the weirdest things happen…
Today, I woke up, and tough to myself: “why do people sign their code, but not their stored data & variables?”

Let’s explain what I mean…

I’ve been messing around with Windows Phone 7 quite some time.
And now Windows 8 has the same fun challenges.

Some (most) applications which are developed by home-programmers, don’t make time to “secure” their applications. Mostly because their isn’t time, money, or the effort is just too high…

Anyway, this results in a lot of apps you can play with 😎 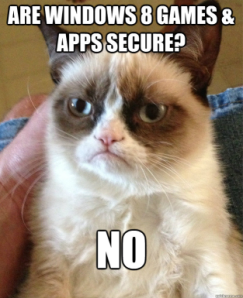 Nowadays, when you edit a W8 xaml file, the codeintegrity.cat (miaow) file makes sure you app crashes…
The codeintegrity file (part of the MS App Store) verifies the integrity of the code (no way 😛 ).
It’s a quick fix for a hack that came out a long time ago (the one where you could edit anything you wanted): www.extremetech.com/computing/143002-how-to-pirate-windows-8-metro-apps-bypass-in-app-purchases-and-more

Some thoughts: why isn’t all this encrypted/obfuscated/minimised/…, aka: why it it plain text?

So at least I’m not the only one who thinks like that!

But a solution can be that easy!
Take your vars, and multiply them with 4. Convert them to another type (var something = (new int32(1234).tochar() ). Create a stupid mathematical formula to “hide” your variables. Or even: don’t store your variables with easy names (The function of the variable “AmountOfGold=5000” isn’t THAT difficult to guess :-p ), or just salt the entire variablebullshit!

If only our precious NMBS would do that! 😆

Something I believe is really useful on a mobile device, is a portable network scanner.

So I started my search on the WP7 marketplace.
There are a couple of apps promising “ping”-like functions on the WP7 platform.
But after testing them one by one, they all failed…
A couple of them created the impression that they worked, but in the end they didn’t…

According to wikipedia, Ping is created in 1983 and is used to check network connectivity.
When you “ping” a network devices, it “pongs” back (replies), and you know it’s available to
communicate with you.

Ping is based on ICMP echo requests.
ICMP on it’s turn is defined in RFC 792 of the IETF
Its an OSI layer 4 function, and works on top of IP.

So, basically, if we want to create our WP7 network discovery app, we need to create an IPv4 packet, put in a ICMP request, and broadcast it around. 🙂

In .net 4.5, you have the “ping” class.
This is an incredible easy way of achieve our target.

But it’s not part of the “mobile” silverlight based SDK for wp 7.1…

The other way around: what do we have.
Since 7.1 (Mango) we have sockets!
A nice explanation is written here at msdn.

What if we want to craft our own ICMP packet?
You just need a byte array, put it in an IP packet, and solved!

Anyway, you can spawn a network socket with multiple arguments.

And of course, unspecified and unknown is not supported on WP7.
So,we only have tcp and udp available…

Some guys on the internet say ping should work with tcp/udp on port 7…
Knowing this can’t actually work, I experimented with it anyway.

Any suggestions from somewhere? Is it even possible using only TCP/UDP/WP7? 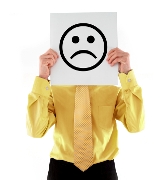 Its purpose: sending a text message from your browser!

Download the application from the WP marketplace, login, take another device (desktop, laptop, tablet, another phone, …) and browse to http://mendel.somee.com (my current free asp host 🙂 ), login with the same credentials as before, type your message, send it to your phone, and send it again! 🙂

This makes you can write an entire book-long message, on another device (maybe even with physical keyboard 🙂 )